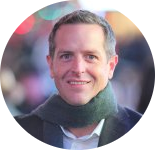 Hugh Howey, best-selling author of Wool and numerous other novels and novellas, admits to being a chump. For over 20 years, he says, he dreamed of writing, but thought his fate lay in the hands of others:

… terrified I wouldn’t be good enough, that I wouldn’t pass muster, that I’d never be allowed to chase that dream … I gave up with the first glimmer of doubt, the first stab of self-criticism.

Stories of rejection letters and piles of submissions threw gasoline on these doubts. Stories of those who tried and gave up. Even stories of tragic vindication like the publication history of A Confederacy of Dunces filled me with fear. Fear of failure. Fear of pointless struggles. Fear of being denied a chance.

Then, he writes, he became a chump:

KDP [Kindle Direct Publishing] is for chumps. Because it’s one of the best places for chumps to gather and to stop being chumps. KDP is for chumps like restaurants are for the hungry. It’s a magnet for chumps, and as soon as you enter, you stop being one.

I was foolish for giving up on my writing. I didn’t have realistic hopes of making my stories available. It wasn’t until I started writing on forums and blogging and finding an audience through the free and open publishing miracle that is the internet, that I started to believe. And I stopped being a chump.

So stop being a chump and get writing!