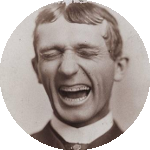 Some humourous quotes about writing …

I wrote a few children’s books. Not on purpose.
Steven Wright

If Moses were alive today he’d come down from the mountain with the Ten Commandments and spend the next five years trying to get them published.
Anonymous

Having been unpopular in high school is not just cause for book publications.
Fran Lebowitz

I get a lot of letters from people. They say: “I want to be a writer. What should I do?” I tell them to stop writing to me and get on with it.
Ruth Rendell

If writers were good businessmen, they’d have too much sense to be writers.
Irvin S. Cobb

The road to hell is paved with adverbs.
Stephen King

If the English language made any sense, lackadaisical would have something to do with a shortage of flowers.
Doug Larson

Writers don’t have lifestyles. They sit in little rooms and write.
Norman Mailer

The dubious privilege of a freelance writer is he’s given the freedom to starve anywhere.
S.J. Perelman

I was sorry to hear my name mentioned as one of the great authors, because they have a sad habit of dying off. Chaucer is dead, so is Milton, so is Shakespeare, and I am not feeling very well myself.
Mark Twain

Unless a reviewer has the courage to give you unqualified praise, I say ignore the bastard.
John Steinbeck

Asking a working writer what he thinks about critics is like asking a lamppost how it feels about dogs.
Christopher Hampton

The only time I’ll get good reviews is if I kill myself.
Edward Albee

About the most originality that any writer can hope to achieve honestly is to steal with good judgement.
Josh Billings

An autobiography is an obituary in serial form with the last instalment missing.
Quentin Crisp

From now on, ending a sentence with a preposition is something up with which I will not put.
Winston Churchill

Everywhere I go I’m asked if I think the university stifles writers. My opinion is that they don’t stifle enough of them.
Flannery O’Connor

Write a wise saying and your name will live forever.
Anonymous

From the moment I picked your book up until I laid it down I was convulsed with laughter. Someday I intend on reading it.
Groucho Marx