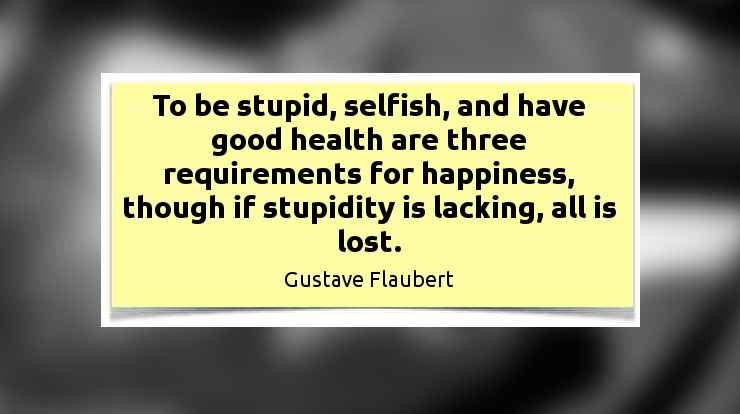 To be stupid, selfish, and have good health are three requirements for happiness, though if stupidity is lacking, all is lost.

Gustave Flaubert, 1821-1880, was a highly influential French novelist and a leading exponent of literary realism. He is be known for his debut novel, Madame Bovary.

Flaubert’s letters are considered one of the finest bodies of letters in French literature, and cover a 50-year period: from when he was seven or eight years old up until a day or so before his death.

Louise Colet, 1810-1876, was a writer and poet with whom Flaubert had an eight-year relationship. In a later letter to Colet, he remarked, “One becomes a critic when one cannot be an artist, just as a man becomes a stool pigeon when he cannot be a soldier.”