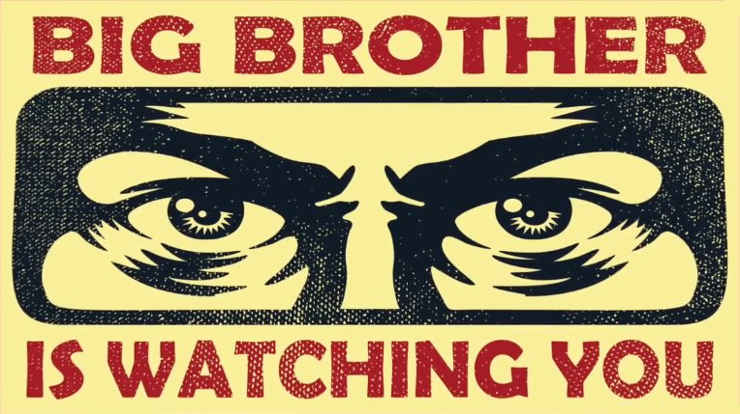 Big Brother has nothing on Microsoft. A year ago I wrote about how the world’s most popular operating system was the “spyingest” Windows ever with its 23 sections of privacy settings, many containing multiple options. If you’d gone for the defaults in your haste to try out your new computer, I made some suggestions about which ones you might like to turn off. Even as I wrote, Microsoft added four more ‘pages’ of settings with the release of OS version 1903, but now – via Microsoft 365 – they’ve added a whole new level of intrusion by reporting your every move to your boss.

Announced back in May and available since June, Microsoft’s Productivity Score is supposedly all about “improving the Microsoft 365 experience”, but the gaff was blown a few weeks ago by Vienna-based privacy researcher Wolfie Christl in a series of tweets beginning with the claim that “A new feature to calculate ‘productivity scores’ turns Microsoft 365 into a full-fledged workplace surveillance tool.”

He goes on to detail his findings:

Employers/managers can analyze employee activities at the individual level (!), for example, the number of days an employee has been sending emails, using the chat, using ‘mentions’ in emails etc.

Showing data on individuals can be turned off, but it’s activated by default. This normalizes extensive workplace surveillance in a way not seen before.

In addition, Microsoft lures companies into sharing employee data with Microsoft in order to show them how their numbers compare to the numbers of other organizations.

As a result, Microsoft gets access to a massive stack of employee data across many organizations.

This is so problematic at many levels: – Managers evaluating individual-level employee data is a no go– Any evaluation of group ‘productivity’ data can also shift power from employees to organizations– Employee self control via MyAnalytics is the first step to normalization– Not least, Microsoft gets the power to define highly arbitrary metrics that will potentially affect the daily lives of millions of employees and even shape how organizations function

In a blog post, Microsoft claim that “Productivity Score is not designed as a tool for monitoring employee work output and activities”, but that’s just MS BS. If it doesn’t measure output, why call it a productivity score? And it certainly does monitor employee activities. Part of the data feeding into this “productivity score” (which doesn’t really measure productivity, remember) comes from the positively creepy Workplace Analytics API that quietly records a vast number of personal, meeting, group and organisational metrics. I counted more than 50 ‘Person Metrics’ alone, including …

Just because you can measure this shit doesn’t mean that you should – or that it’s meaningful or even useful.

Jacob Silverman, author of Terms of Service: Social Media and the Price of Constant Connection, sums it up in this piece on the TNR website:

Whether any of this tracking and scoring actually offers real insight—rather than obscure metrics that don’t actually measure real-world productivity—is almost secondary to the fact that it’s now embedded in the tools used by millions of people every day. Its presence, and potential profitability as a bountiful source of granular personal data, means that Microsoft is incentivized to sell Workplace Analytics as a work-from-home solution. Whether Microsoft can hone a people-centered, scientific, analytical platform here—or whether it’s so much apophenia, finding patterns and meaning where there may be none—is mostly a matter of salesmanship. If managers see the magical numbers on the dashboard going up (and can tell their managers that), who’s to say that Workplace Analytics doesn’t work, much less that it violates worker privacy, autonomy, and trust?
…

While Workplace Analytics offers new capabilities for nosy managers, it’s also emblematic of a powerful economic logic undergirding surveillance capitalism: that all this human behavioral data is being created anyway, so we might as well collect it and try to derive something useful from it. To employers, that may seem like a valuable opportunity. But it will expose workers to yet another opaque system that may affect their pay or professional standing. This is not harmony: It’s an existential threat.