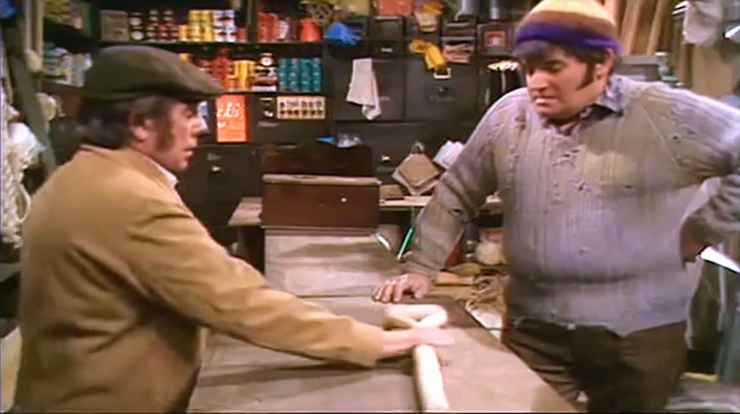 Here’s a blast from the past to brighten your day. A classic comedy sketch from The Two Ronnies, first broadcast in 1976, that shows what tricky thing the English language can be …

The sketch features Ronnie Corbett and Ronnie Barker, and was written by Barker under the pseudonym Gerald Wiley. The sketch was placed fifth on a list of the funniest fifty comedy sketches of all time, and it’s one of the few comedy sketches with its own Wikipedia page.

At Barker’s memorial service in Westminster Abbey in 2005, the cross was accompanied up the aisle by four candles instead of the usual two, and at Ronnie Corbett’s funeral service in 2014, four candles were placed at the back of the altar.