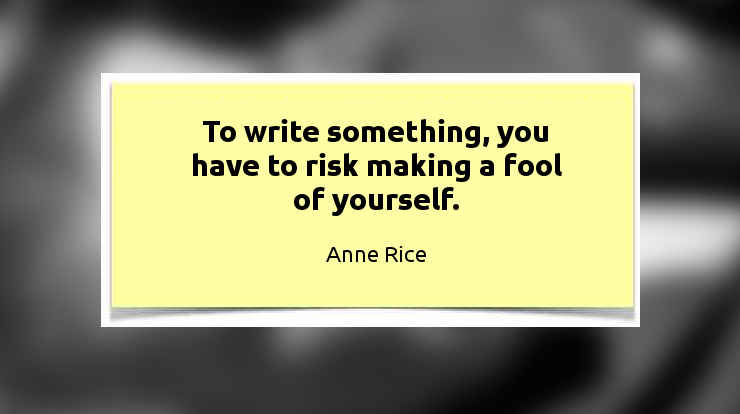 To write something, you have to risk making a fool of yourself.

Anne Rice is author of 27 books and best known for her Vampire Chronicles series which began with Interview with the Vampire in 1976. Her books have sold 75-100 million copies, and she lists her writing influences as Charles Dickens, Virginia Woolf, John Milton, Ernest Hemingway, William Shakespeare, the Brontë sisters, Jean-Paul Sartre, Henry James, Arthur Conan Doyle, H. Rider Haggard, and Stephen King. She singles King’s novel Firestarter out in particular, saying,

I study the novel, Firestarter whenever I’m blocked. Reading the first few pages of Firestarter helps to get me going.

She also writes under the pseudonyms A. N. Roquelaure and Anne Rampling.

You’ll find a 2011 video interview with her here.