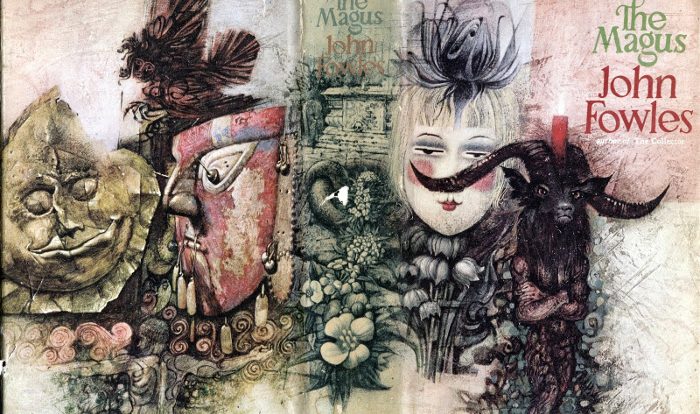 Travelling around the islands on my first visit to Greece many years ago, it seemed as if every second person was sporting a copy of The Magus by John Fowles. And why not? It’s a magnificent, mysterious book that follows the fate of Nicholas Urfe, an uptight, hidebound Englishman and the psychological games he endures on his first visit to a tiny Greek island. Here, in the book’s two opening lines, Fowles paints his character:

I was born in 1927, the only child of middle-class parents, both English, and themselves born in the grotesquely elongated shadow, which they never rose sufficiently above history to leave, of that monstrous dwarf Queen Victoria. I was sent to a public school, I wasted two years doing my National Service, I went to Oxford; and there I began to discover I was not the person I wanted to be.

Technically, The Magus was Fowles’ first novel, but only the third he published. It was, like its predecessors, The Collector and The Aristos, a bestseller, and its release attracted critical acclaim along with a great deal of reader interest. So much so that twelve years after publication Fowles released a revised edition.

Needless to say, many editions means many covers, and that’s my interest here. Is there any such thing as the perfect cover? Let’s take a look.

Here’s the cover from the original hardback in all its wraparound magnificence:

And here are some others I’ve tracked down. (Are there more? Let me know!) The question is, is any one of them definitive? Is any one “the best”?

I have my preferences. What are yours?