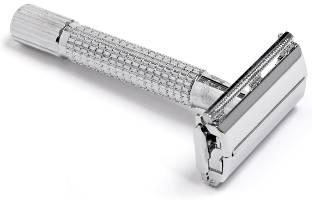 Razors aren’t just for shaving. In philosophy, a razor is a rule of thumb that allows for the elimination (the “shaving off”) of unlikely explanations.

The most famous is Occam’s razor (sometimes written as Ockham’s razor), named after William of Ockham, (1288-1348), an English friar, philosopher and theologian who reckoned “Entia non sunt multiplicanda sine necessitate”, which translates as “Entities should not be multiplied beyond necessity” — in short, the simplest explanation is most likely to be correct. This is exemplified by the phrase, “If you hear hoofbeats in the night, think horses, not zebras.”

But William of Ockham isn’t the only one with a razor. Here’s a few more you might like to consider, some serious, some not so serious…

Hume’s razor: “If the cause, assigned for any effect, be not sufficient to produce it, we must either reject that cause, or add to it such qualities as will give it a just proportion to the effect.”

Hitchens’s razor: (from the late Christopher Hitchens). “The burden of proof or onus in a debate lies with the claim-maker, and if he or she does not meet it, the opponent does not need to argue against the unfounded claim.” Or as Marcello Truzzi, founding co-chairman of the Committee for the Scientific Investigation of Claims of the Paranormal once put it, “Extraordinary claims require extraordinary proof.”

Heinlein’s Razor: has since been defined as variations on “Never attribute to malice that which can be adequately explained by stupidity, but don’t rule out malice.”

Newton’s flaming laser sword (or Alder’s razor): “If something cannot be settled by experiment or observation then it is not worthy of debate.”

Sturgeon’s revelation (aka Sturgeon’s law): “Ninety percent of everything is crap.”

Murphy’s law: “Anything that can go wrong, will go wrong.”

Finagle’s Law: “Anything that can go wrong, will — at the worst possible moment.”

Mrs Murphy’s Law: :Anything that can go wrong will go wrong while Murphy is out of town.”

Muphry’s law: (Note the spelling!) “If you write anything criticizing editing or proofreading, there will be a fault of some kind in what you have written.”

Parkinson’s law: “Work expands so as to fill the time available for its completion.”

Peter principle, The: “Managers rise to the level of their incompetence.” (People stop being promoted once they stop performing effectively.)

Segal’s law: “A man with a watch knows what time it is. A man with two watches is never sure.”