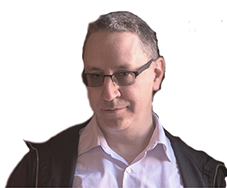 “Publishing is about she who writes and she who reads.
Everyone else can lend a hand or fuck off.”
Hugh Howey In 2014, there was a drawn-out dispute between Amazon, and Hachette. The latter is one of the largest publishers in the world, and Amazon is a company that sells things, such as books.  The essence of the dispute was that Hachette—and all the other publishers we affectionately refer to as ‘the Big 5’—wanted more control over the list price of their e-books on Amazon.

That sounds thoroughly reasonable, and it sort of is, but please let me explain because the crazy is in the details.  What was happening was that Amazon was discounting the price of the ebooks, and it may seem like this is something the Big 5 would want to stop, except the markdown was coming off of Amazon’s end.  In other words, if Hachette wanted to charge $15.99 for an ebook, and Amazon marked it down to $9.99, Hachette was still paid their cut of the full price of the book.

More people will buy a book at $9.99 than at $15.99, so essentially, the Big 5 was coming out ahead in this arrangement in every conceivable way.  They collected royalties at an unreasonably high price point while moving the number of units that corresponded to a lower price point.

So of course that had to be stopped right away.

Hachette fought for, and won from Amazon, the return to something called the Agency Model, whereby they set their price and Amazon wasn’t allowed to reduce that price.  So that $15.99 book stayed at $15.99 until Hachette decided to change it.

Soon after that contract was signed, the other Big 5 contracts came due, and they all asked for the same Agency Model arrangement.  Thus, the finest minds in publishing—or one might assume—negotiated themselves out of an arrangement whereby they sold more units at a lower cost without suffering the financial impact that comes with a lower unit cost.

This isn’t even the crazy part.

After securing the right to price their ebooks unreasonably high and having those prices stick, the first thing the collective brain-trust of the Big 5 did was raise their ebook prices even more.  Often, the prices were higher than the price of the print edition, which is just fundamentally insane.

It should come as very little surprise to you that after jacking up the prices of their ebooks at the start of 2015, the Big 5 sold fewer ebooks.

Now here’s the fun part, the part that just makes me shake my head and giggle and wonder how I can live in such extraordinary times.  After six months of depressed ebook sales, the Big 5 announced that the ebook market was slowing down.

Not: “we priced ourselves out of the market and stopped selling as many books”. No no no.  The ebook market!  Is slowing down!

I mean it.  One article after another, from the New York Times on down came news pieces declaring that print was making a comeback at long last, and the long national nightmare was over.

All it took was the biggest publishing companies in the world deliberately murdering their own share of the market.  And it wasn’t even true.

The Wall Street Journal highlighted declining sales last September with the headline “E-Book Sales Fall After New Amazon Contracts. Prices rise, but revenue takes a hit.” In January, with the annual figures in, The Bookseller positively gloated about it:

… we can without a shadow of a doubt say that e-book volume slid for the Big Five publishers for the first time since the digital age began, collectively down 2.4% to 47.9 million units last year.

But what they failed to mention was where those sales went. Here’s what Hugh Howey, co-author of the quarterly Author Earnings Report has to say (his bolding):

… more than half the market is now in ebooks, and half of what’s left is online print sales. 75% of your market is online, and publishers are willing to nuke your career in order to protect historical relationships with the 25% that’s left. We have this in their own writing. This is not speculation. Even industry insider Mike Shatzkin has blogged about this strategy and how it has backfired.

So the Big 5 are celebrating lower sales and therefore reduced income for their authors. Hugh Howey again:

I’m still pro-author and pro-reader above everything. If Amazon and the Big 5 all go out of business tomorrow, all I’ll care about is whether and how writers and readers can commune. The middlemen are only useful in how they serve these two parties.

Publishing is about she who writes and she who reads. Everyone else can lend a hand or fuck off. According to our data, publishers are mostly doing the latter. I hope they turn that around.