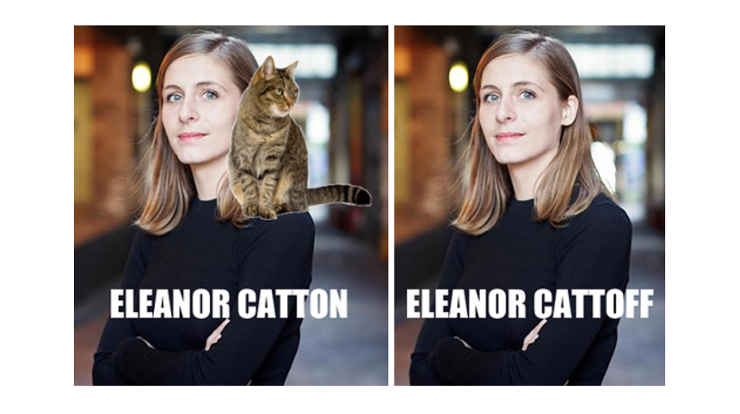 Seven years ago, Eleanor Catton won the Man Booker Prize for her second novel The Luminaries. She was just 28. The book went on to become an international bestseller, but since then she’s produced nothing in the way of published fiction. What’s she been up to?

The title of this Los Angeles Times piece seems to sum up her subsequent career: How do you adapt an 800-page novel for TV? 7 years, 300 drafts and plenty of crying. While it tries to put positive spin on what frankly seems a nightmare, it’s worth reading in parallel with this piece from Kristine Kathryn Rusch.

Rusch is an award-winning author, editor and publisher with well over 100 novels to her name along with countless short stories. She’s also a staunch author advocate, frequently railing against agents, the Big Five publishers, and industry absurdities in the weekly Business Musings column on her website. Her current series is on writing for ‘Hollywood’ – in inverted commas because she uses the term as shorthand for the whole movie/TV production industry in general.

She wrote, by her estimation, 300 drafts.

Then the project got turned down …

Even when the project got the green light and was in production, the LA Times tells us:

Filming began in early 2019, and even the shooting scripts … went through many changes thanks to the vagaries of TV production. “It was just devastating,” Catton says. “Sometimes the producers would come over to my chair and just say, ‘Sorry, we can’t afford this.’ And I’d be in tears.

But if you read what was going on here, she was rewriting primarily on spec. The initial project was turned down by the BBC, so whatever fee she got for her “first-draft” screenplay did not turn into more money when she did some substantial revisions.

Was she paid for the later revisions …? All of that depends on her contract, and given her naivete right from the start … possibly not.

Most likely not, in fact.

… here’s the shark’s reason for hiring a book writer to write a screenplay. Book writers are so damn grateful for the work. They feel honoured that someone in the film/TV industry is interested in their work. Book writers believe the rewrites are mandated because the writer is inexperienced, not because it’s standard procedure.

And believe me, a lot of those rewrites are bullshit rewrites. Some new line producer comes in and feels the need to pee in the pool, just for a little more credit. So the writer has to add something stupid … because a higher-up … said to do so.

Book writers are cheap, naïve and willing to work hard for all the wrong reasons.

The late Harlan Ellison said the same thing years ago:

They always want the writer to work for nothing, and the problem is that there’s so god damn many writers who have no idea that they’re supposed to be paid every time they do something, they do it for nothing!

While Catton hasn’t yet produced another novel – and she reckons she spent more time adapting The Luminaries than she spent writing it in the first place – she has produced another screenplay – for Jane Austen’s Emma, a film released last year. According to Rusch:

[Catton is] going to be a screenwriter now, whether she wants to or not.

Because that’s what happens.

So many of my friends went to work in Hollywood and stayed because of the money or the ability to spitball ideas in a writer’s room.

What they lost, all of them, was a belief in their own ability to write. I remember one writer, who had a similar experience to Catton’s … [who had] been so battered by the process of multiple revisions over stupid stuff … that he couldn’t get the critical voices out of his head.

Another writer friend who had a very successful career in TV finally walked away and had to retrain himself in the art of description and character depth, two things that you don’t need in the prose of a screenplay.

And a final word of caution:

If you’re a novelist who only wants the extra money that they’re throwing at you, don’t write screenplays. Learn to negotiate. License less of your copyright. A lot less. You’ll make a shit-ton more money in the long run.

If you want to work in movies/TV, think long and hard about whether or not you still want to write books. Because all that criticism will destroy all but the strongest among us (and even them).

If you decide to work in movies/TV, then do that. Just that. Because it’s a completely different skill set.