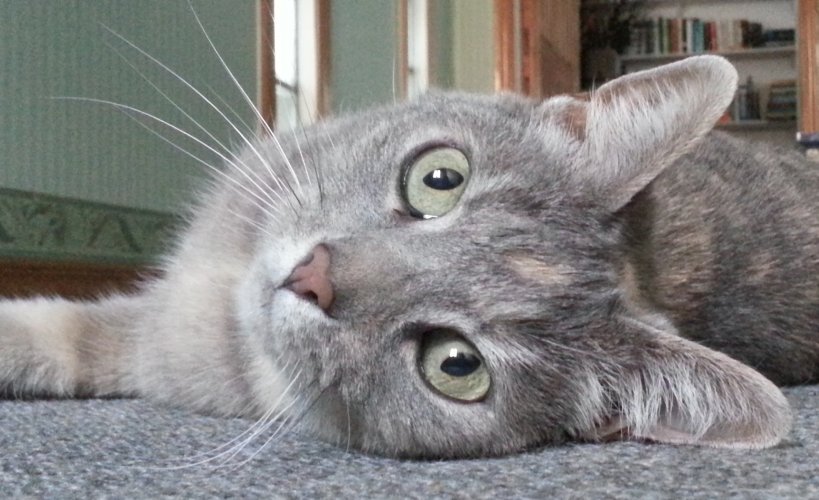 I spotted this quote in a magazine this week …

“The dog is mentioned in the Bible 18 times — the cat not even once.”
–W E Farbstein, on the Old Testament

… so I thought I’d check it out with a quick free download from Project Gutenberg, and a text processing tool that’s built into Linux (called AWK, if you’re interested). I discovered that dogs actually get mentioned 41 times in the Bible. Here’s the breakdown:

But Farbstein is right about cats; not a single mention. There’s a lot of cattle (153) and even nine caterpillars, but no cats.

The quote seems to suggest that this is a good thing — for dogs — but the unsavoury context of many of the mentions I found led me to investigate further. Here’s what Wikipedia’s List of Animals in the Bible says about the subject:

Dog — The dog in the East does not enjoy the companionship and friendship of man as in the western countries. Its instinct has been cultivated only insofar as the protecting of the flocks and camps against wild animals is concerned. In the towns and villages it roams in the streets and places, of which it is the ordinary scavenger; packs of dogs in a half-wild state are met with in the cities and are not infrequently dangerous for men. For this reason the dog has always been, and is still looked upon with loathing and aversion, as filthy and unclean. With a very few exceptions, whenever the dog is spoken of in the Bible (where it is mentioned over 40 times), it is with contempt, to remark either its voracious instincts, or its fierceness, or its loathsomeness; it was regarded as the emblem of lust, and of uncleanness in general. As some Muslims, to the present day, term Christians “dogs”, so did the Jews of old apply that infamous name to Gentiles. A greyhound is mentioned in Proverbs 30:31.

To which Bible History Daily adds:

Dogs in the Bible were not well loved. To be called a dog was to be associated with evil and low status.

So mention of dogs in the Bible isn’t a positive thing at all. In fact, it’s quite the reverse! My cat says she could’ve told me so.