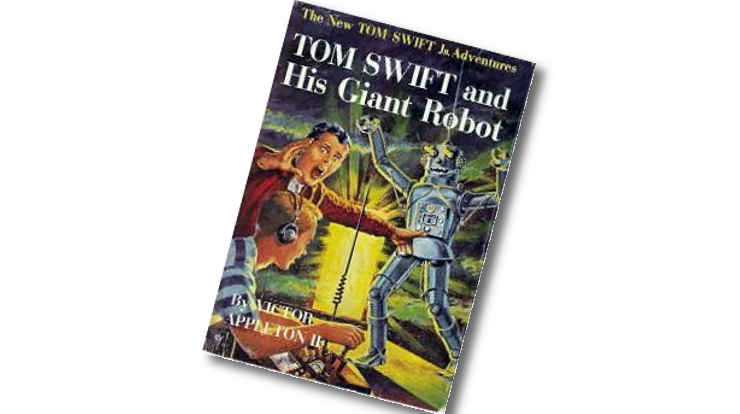 Tom Swifties are puns that turn adverbs into punchlines.

They take their name from a series of books that began publication in 1910. (They’re still going to this day.) The main character, Tom Swift, is a young adventurer and inventor, but the early authors of the series, (there were several), had an aversion to the repetitive use of the word “said” so padded out their dialogue with adverbs, with the archetypal example being “‘We must hurry,’ said Tom swiftly.” Somewhere along the way, the L was dropped, Tom Swiftly became Tom Swifty, and a humorous meme was born.

There are whole websites devoted to to Tom Swifities, but in my book they generally take three forms:

Puns you have to think about

“I lost my trousers,” said Tom expansively.
“I haven’t had any tooth decay yet,” said Tom precariously.
“We can’t have this and eat it too,” said Tom archaically.
“I used to command a battalion of German ants,” said Tom exuberantly.

And my all-time favourite …

Are you ready for this?
Really?
(It’s best said out loud …)