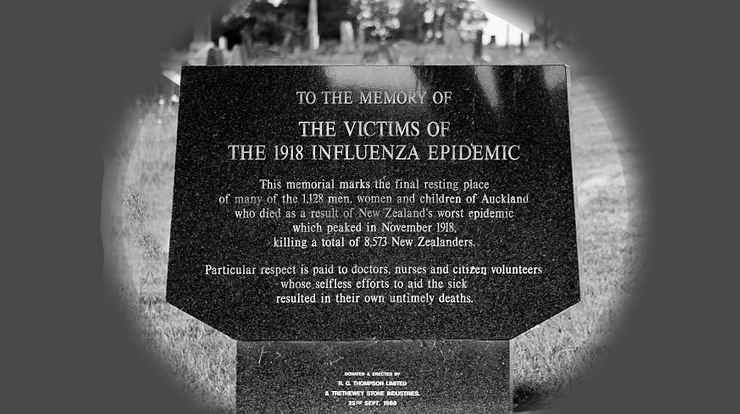 After more than three weeks with no active Covid-19 cases in New Zealand, the Ministry of Health today reported on two new cases.

The women in question arrived in NZ on 7 June from the UK. They were quarantined in Auckland, then granted an exemption to travel to Wellington in a private vehicle on 13 June to visit a dying relative. Two days later, both tested positive for Covid-19.

And this is how the thread unravels.

There was a lot of self-congratulation when our alert level dropped to Level 1, but I saw complacency setting in back in April?? when we dropped from Level 4 to Level 3. As a regular runner, I noticed almost immediately that a good third of people had given up on social distancing. In fact, instead of lunchtime runs I started going early in the morning just to avoid the idiots. At the drop to Level 2 a few weeks later, social distancing went right out the window, seeming only to apply to the queues outside shops and supermarkets. Once inside, nobody cared. The same out on the footpath.

Consider the passage of the two women in question. They travelled from the UK via Doha and Brisbane. Every person on those flights has potentially been exposed to the virus, as have cabin crew, ground staff, immigration and customs officials in those places. Staff at the managed quarantine facility in Auckland, (Novotel in Ellerslie), and presumably whoever transported them there – along with anyone they travelled with – may also have been exposed to the virus.

Then there’s the “private vehicle” they travelled in. Has anyone used it since? Did they really make the eight hour, 650 km trip without stopping en route? The MoH say no, but I’d be tempted. Wouldn’t you?

I must emphasise that I’m not criticising the two women concerned, or the system that allowed them to visit a dying relative. I simply want to point out how this is not a time for complacency. If anything, it’s a time for increased vigilance.

The term “elimination” doesn’t mean what most people think it means; that that’s it, goodbye Covid-19. It has a very specific epidemiological meaning: the “reduction to zero incidence of disease in a defined geographic area”. That’s very different from eradication: the “permanent reduction to zero worldwide incidence of infection caused by a specific agent”.

The Prime Minister herself has said as much: “Elimination doesn’t mean zero cases … we will have to keep stamping Covid out until there’s a vaccine.”

Covid-19’s wily virus. In early May, the BBC reported this:

A patient treated in a hospital near Paris on 27 December for suspected pneumonia actually had the coronavirus, his doctor has said.

This means the virus may have arrived in Europe almost a month earlier than previously thought.

The patient hadn’t been overseas before falling ill, but his wife worked at a supermarket near Charles de Gaulle airport where it’s thought she came into contact with new arrivals. Although she showed no symptoms, both her husband and two children fell ill.

A couple of weeks ago, citing local complacency, the way the virus spreads, how little we actually know about it, the fact that we’re heading into winter (prime time for coughs and colds and flu), and the number of deaths worldwide, I told friends I feared New Zealand could have 1,000 Covid deaths by Christmas. One friend pooh-poohed my pessimism, but just look at the numbers. As of today, there are 8,120,000 confirmed cases worldwide with 439,225 deaths.

Multiply that last column by 5 for our five million inhabitants, and you get a range of potential deaths from 530 to more than 3,000. These figures aren’t “end of game”. They’re perhaps not even “mid game”. This ain’t over yet.

It’s worth remembering the Spanish Flu of 1918 went through three waves and continued on right into 1920.

Could we see a disastrous second wave? I certainly hope not. But things do seem a little loose:

Government assurances that an Avatar crew were segregated from other hotel guests have been challenged by those who say they walked through a crowd of the new arrivals soon after they touched down from California – a coronavirus hotspot.

Around 400 US and UK crew, workers and family members are on their way here for next year’s America’s Cup. Someone’s even bringing their nanny.

That’s a lot of quarantining, a lot of contract tracing, and lot of vigilance. Now is not the time for complacency and the old Kiwi “She’ll be right” attitude.