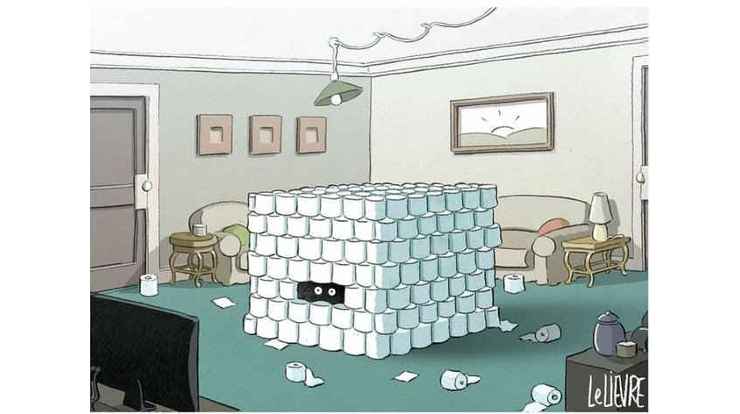 Have I missed a bum-wiping revolution? I’m a regular 3-ply guy and have never given the article involved much thought, but it seems everyone else on the planet is engulfed in paroxysms of pleasure after every “sitting” because of the stuff they use. How else can you explain this obsession with toilet paper?

It’s been going on for weeks now, and around the world. A fortnight ago, a friend in Minnesota reported the shelves of his local supermarket had been stripped bare of toilet tissue. Not food. Not frozen, dried, or tinned stuff you can store for months on end then eat, but toilet paper.

This is the flu, people. Not dysentery.

Auction and trading websites have imposed limits on rogue TP traders demanding – and, presumably, receiving – huge sums of money because people are so desperate for the bum stuff. How long before police convoys and armed security guards have to accompany supermarket delivery trucks?

Think I’m exaggerating? Here is an actual quote from a recent Listener article (the emphasis is mine):

Market-research agency Colmar-Brunton asked 1000 Kiwi mobile users about their phone habits and found that data came in just behind toilet paper, petrol, milk and bread in regard to essentials they most feared running out of.

I’m tempted to insert a Chopper Reid video here … No, sod it. I will …

Now you’ve done that, here are some alternatives in case your stockpile runs out, your black market contact gets arrested, and you get out-bid on TradeMe.

Really, you’re only limited by your imagination …