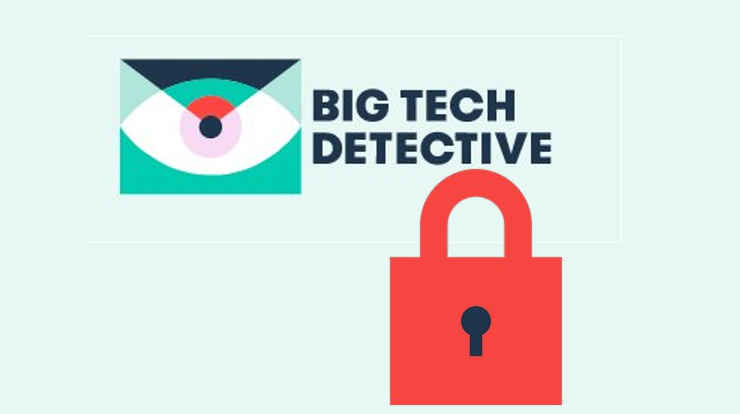 The driving force behind the invention of the internet was the fear of nuclear war. Developed by DARPA, the US government’s Defense Advanced Research Projects Agency, it’s aim was to de-centralise communications. If an enemy took out one, two, or a dozen nodes, the network would automatically route around them and continue to function. Fast-forward 52 years and we’ve ended up with a network dependant on four key players: Google, Amazon, Facebook, and Microsoft. To see just how dependant we are on the GAFM-four, try out the Big Tech Detective browser extension
for Chrome or Firefox. It lets you track and avoid those tech giants as you browse the web. Or fail to.

The extension itself if simple to use. By default, it tracks the number of requests sent, and to which companies.

But to get a feel of the web without the GAFM-four, click on the extension’s icon and flip the Traffic Lock switches.

Now you’ll get a “blocked” screen if the website concerned connects to any of the four.

Amongst the notable failures are search engines like Google and Bing (obviously), along with DuckDuckGo (its ads come from Microsoft), Ecosia, and Ask.com. The only search engine that did work was my old favourite StartPage, which acts as a proxy between you and the ever-spying Google.

Just because a site connects to one of the Big Four doesn’t mean it’s snooping or doing something nefarious. Many websites use Google’s Fonts, or simply host their sites on Amazon Web Services or Microsoft Azure. Then again, many, many pages connect to the GAFM brothers because they use trackers that record your every visit.

Note that Big Tech Detective isn’t a privacy tool. It doesn’t prevent your data from being harvested if that’s the site’s purpose. But it is a useful visualization tool to show how many websites rely on the GAFM-four.