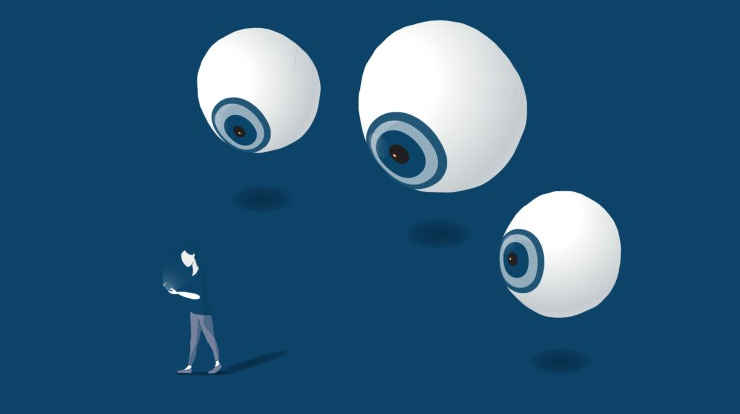 Commercial surveillance and exploitation of consumers is now the norm across the internet. As we use various digital services, we are constantly monitored by a large number of commercial actors under the guise of showing us more relevant advertising.

Many people think they’re just tracked when cruising the net. Not so. If you have a mobile phone, the tracking is constant, as highlighted by this report from the NCC three years ago:

For users of mobile phones with Android, such as Samsung and Huawei phones, this tracking is particularly difficult to avoid… Google is recording where we go, down to which floor we are on and how we are moving.

Google are recording your location six times every minute.

(I’ve written more about how you can turn off some of this tracking here.)

Manipulation
Companies with comprehensive and intimate knowledge about us can shape their messages in attempts to reach us when we are susceptible, for example to influence elections or to advertise weight loss products, unhealthy food or gambling.

Discrimination
The opacity and automation of surveillance-based advertising systems increase the risk of discrimination, for example by excluding consumers based on income, gender, race, ethnicity or sexual orientation, location, or by making certain consumers pay more for products or services.

Misinformation
The lack of control over where ads are shown can promote and finance false or malicious content. This also poses significant challenges to publishers and advertisers regarding revenue, reputational damage, and opaque supply chains.

Undermining competition
The surveillance business model favours companies that collect and process information across different services and platforms. This makes it difficult for smaller actors to compete, and negatively impacts companies that respect consumers’ fundamental rights.

Security risks
When thousands of companies collect and process enormous amounts of personal data, the risk of identity theft, fraud and blackmail increases. NATO has described this data collection as a national security risk.

Privacy violations
The collection and use of personal data is happening with little or no control, both by large companies and by companies that are unknown to most consumers. Consumers have no way to know what data is collected, who the information is shared with, and how it may be used.

More than 80 organisations and individuals from around the world have signed an open letter to EU and US policymakers calling for legislative action to ban surveillance-based advertising.