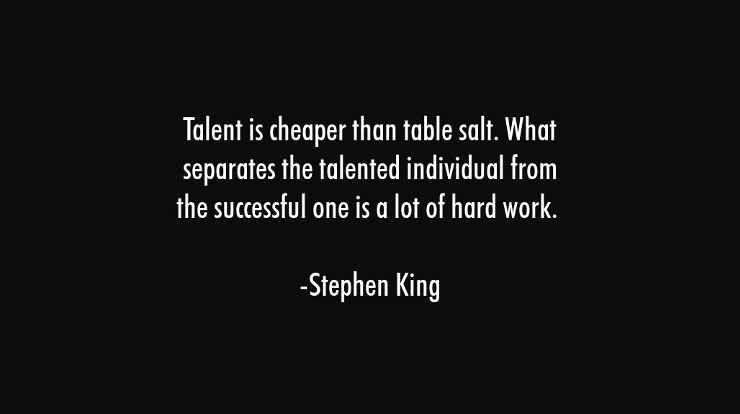 Talent is cheaper than table salt. What separates the talented individual from the successful one is a lot of hard work.

I thought this quote came from King’s brilliant book On Writing, but it seems I’m wrong. And while the internet re-quotes it in spades, none of the links I checked actually listed a source. Even the inestimable Wikiquote let me down — by not mentioning it all! Despite featuring an extensive collection of Stephen King quotes, this ain’t amongst them on Wikiquote so it’s possible it’s actually an “Abraham Lincoln” …

(If you do know where King originally said it, let me know!)

The quote itself has an interesting history. In searching for a source I discovered it had been tweeted by none other than a certain Donald J Trump:

So while Trump may quote King, I rather doubt that King will be making any Trump quotes.