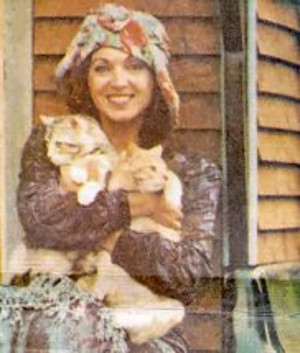 I’ve always loved this song by the late Leonard Cohen, but I was intrigued by his opening comments in this clip:

It’s a song that people loved, and fortunately the rights of it were stolen from me. So I felt that was perfectly justified because it would be wrong to write this song and get rich from it too. So I’m happy for that friend who put that piece of paper in front of me and said, ‘Sign this.’ So I said, ‘What is this?’ He said, ‘Oh, just a standard writer’s contract.’ So I signed it, and it was gone.

… they were a stunning couple around Montreal at the time, physically stunning, both of them, a handsome man and woman, everyone was in love with Suzanne Vaillancourt, and every woman was in love with Armand Vaillancourt. But there was no… well, there was thought, but there was no possibility, one would not allow oneself to think of toiling at the seduction of Armand Vaillancourt’s wife. First of all he was a friend, and second of all as a couple they were inviolate, you just didn’t intrude into that kind of shared glory that they manifested.

I bumped into her one evening, and she invited me down to her place near the river. She had a loft, at a time when lofts were… the word wasn’t used. She had a space in a warehouse down there, and she invited me down, and I went with her, and she served me Constant Comment tea, which has little bits of oranges in it. And the boats were going by, and I touched her perfect body with my mind, because there was no other opportunity.

Suzanne Verdal McCallister was interviewed by Kate Saunders of BBC Radio 4 in 1998:

Suzanne: He was “drinking me in” more than I even recognized, if you know what I mean. I took all that moment for granted. I just would speak and I would move and I would encourage and he would just kind of like sit back and grin while soaking it all up and I wouldn’t always get feedback, but I felt his presence really being with me. We’d walk down the street for instance, and the click of our shoes, his boots and my shoes, would be like in synchronicity. It’s hard to describe. We’d almost hear each other thinking. It was very unique, very, very unique.

The only other reference to the rights issue I’ve been able to find comes from the liner notes to Cohen’s Greatest Hits album (1975):

I wrote this in 1966, Suzanne had a room on a waterfront sheet in the port of Montreal. Everything happened just as it was put down. She was the wife of a man I knew. Her hospitality was immaculate. Some months later, I sang it to Judy Collins over the telephone. The publishing rights pilfered in New York City but it is probably appropriate that I don’t own this song. Just the other day I heard some people singing it on a ship in the Caspian Sea.

I’ve not been able to find out who the “friend” Cohen signed away his rights to was. All the rights line in my copy of Greatest Hits shows is this:

There have been at least  124 covers of the song recorded, but I’ve not heard one better than Cohen’s.