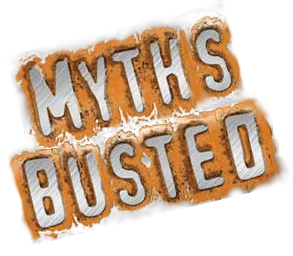 The problem — and the delight — of the English language is that there is no such thing as Standard English. Plenty of other languages have language regulators, but there is no equivalent of France’s Académie Française for us.

1 : Verbs with -iz suffixes are Americanisms

According to Oxford Dictionaries, “Many verbs that end in -ize can also end in -ise: both endings are correct in British English.” In fact, the -ize form has been around for over 400 years. The Oxford English Dictionary dates the first use of “organize” to around 1425. “Realize” dates from 1611. The first -ise version of it, “realise”, didn’t occur till 1755 — more than a century later!

Whichever version you use, just be consistent. Don’t chop and change. But note!

… are all spelled with -yze in US English.

2 : Never begin a sentence with a conjunction

‘And why not?’ you may ask. Because it’s just not done!

Apparently this is a childhood rule that no one tells us we can discard when we grow up. It’s much favoured by English teachers to prevent youngsters from writing in fragments — “And then I went home. And then I had some cake.” — but once we’re more proficient with the language, it can be ignored.

Oxford Dictionaries’ OxfordWords blog notes; “The argument against using and or but to introduce a sentence is that such a sentence expresses an incomplete thought (or ‘fragment’) and is therefore incorrect. However, this is a stylistic preference rather than a grammatical rule.”

3 : Never end a sentence with a preposition

Or to quote my favourite casting of this ‘rule’: “A preposition is a terrible word to end a sentence with.”

The idea apparently dates from the 17th century when a handful of writers tried to make English grammar fit more neatly with Latin grammar. Once again, it’s a personal preference, not a rule, and it’s hard to recast some sentences to avoid “breaking” it. Consider, for example;

You could rephrase them “properly”, but you’d end up sounding awfully pompous. (“He had no one with whom to play.”)

Another nonsense ‘rule’ from trying to make English grammar fit in with Latin. The Grammarphobia blog notes;

Writers of English have been merrily “splitting” infinitives since the 1300s. It was perfectly acceptable until the mid-nineteenth century, when Latin scholars—notably Henry Alford in his book A Plea for the Queen’s English—misguidedly called it a crime. (Some linguists trace the taboo to the Victorians’ slavish fondness for Latin, a language in which you can’t divide an infinitive.) This “rule” was popular for half a century, until leading grammarians debunked it. But its ghost has proved more durable than Freddie Krueger.

Grammarphobia also provide some delightful examples for you to try un-splitting:

5 : Never use “they” as a singular pronoun

This ‘rule’ reckons that because they is plural, it must have a plural antecedent. So the sentence “If anyone has an answer, they should tell me” is wrong because anyone is singular.

Actually, there’s nothing wrong with using they as a gender-neutral, non-sexist singular pronoun. Shakespeare and Austen used they, them and their in that context, and no one moans about their poor grammar!

As Geoffrey K. Pullum says on Language Log, “… we have a logically impeccable construction that expert users of the language regularly employ and experienced listeners unhesitatingly accept. I wonder what more one would need to take something to be grammatical.”