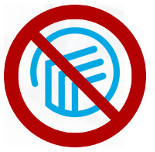 Author Solutions Incorporated (ASI) claim to represent authors, but 170,000 (“or more”) of them are cited in a class action lawsuit against the company.

The lawsuit, filed on February 26,  claims to be  “a case about a publishing company that makes money from authors, not for them” and that ASI “operates more like a telemarketing company, not a publisher, that employs a large, commissioned sales force to sell books and services to its target audience: the Authors themselves, not the general public.” (My italics.)

Amongst other things, the suit alleges that ASI:

Back in June last year, David Gaughran, writing in his Let’s Get Digital blog began his opening salvo against the company like this:

The more you study an operation like Author Solutions, the more it resembles a two-bit internet scam, except on a colossal scale.

In another posting, Gaughran described ASI as:

a company infamous for overcharging writers, doing a terrible job of publishing their books, and forcing ineffective and expensive marketing services upon those authors when their books (inevitably) fail to sell.

Needless to say, Author Solutions is no solution for an indie publisher. But perhaps the most disturbing thing about the company is their parentage. According to a banner on their website, ASI is “A Penguin Random House Company”: