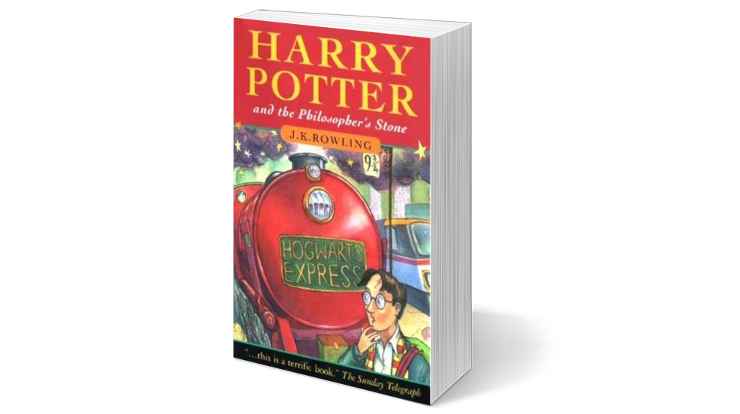 Earlier this week, J K Rowling posted this on Twitter: 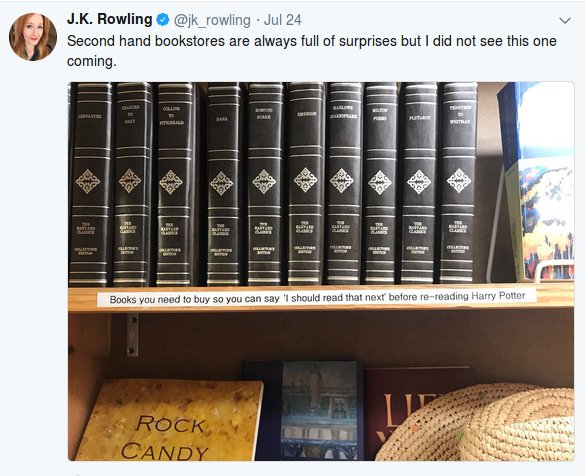 Quite coincidentally, a couple of days earlier I’d just started doing what the sign said I shouldn’t; rereading Harry Potter and the Philosopher’s Stone (aka … the Sorcerer’s Stone in Trumpelvania). It’s years since I first read Harry, and it’s the perfect counterpoint to my current nonfiction reading, Simon Winchester’s utterly awesome Exactly: How Precision Engineers Created the Modern World. [Did you know, for example, that the interior parts of a modern jet engine melt at around 1,400oC, yet the engine itself operates at 1,600oC?] Modern real-life wizardry combined with the fictional kind. But I digress.

Billy Connelly once remarked in a live show that he really only needed a handful of books because he remembered the ones he really enjoyed but quickly forget the details. I’m a bit like that, so picking up Harry again after a decade or so – and a decade filled with much-abbreviated film versions – was a treat. For a start, I’d forgotten what a damn good storyteller JKR really is. She got me from the first page. I’d also forgotten how much of the first few chapters were devoted to Harry’s life with the Dursleys. (It only gets a few minutes in the film.) Then I noticed something else …

You may or may not know the publication history of the first of the Potters. Rowling got an agent, (Christopher Little), who then hawked her book to publishers for around a year months before it was finally picked up by Bloomsbury. Legend has it that it really only got detailed consideration after the firm’s chairman took home a bunch of manuscripts for the weekend and his daughter, (eight-year-old Alice Newton), clutching the opening chapters of Harry the First, demanded to read what happened next.

(For the uninitiated, I should note that it’s usual for an author or agent to submit only the first three chapters of a book for a publisher’s consideration.) 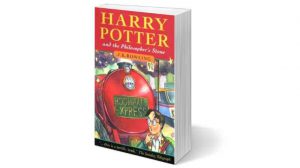 Chapter 1 (as I didn’t recall) deals with Harry’s arrival, largely from the perspective of the wonderfully onomatopoeic Dursleys, Chapter 2 with his life in Privet Drive, and Chapter 3 with a seemingly endless stream of mysterious letters, all of which the Mr Dursley manages to destroy. In order to avoid any more, he evacuates the family to a remote, storm-tossed island and it ends with Harry quietly counting down to midnight and the arrival of his eleventh birthday:

The whole shack shivered and Harry sat bolt upright, staring at the door. Someone was outside, knocking to come in.

And that’s it. End of chapter. No wonder little Alice Newton demanded more!

I don’t know whether this was serendipitous or carefully planned, but it struck me as a great idea. Construct a BOOM – a what-hell-will-happen-next moment – at the end of your third chapter, and any publisher/agent/reader who’s made it that far will want to know what happens next. (Of course, it’s up to you to deliver that BOOM.)

Good idea? Maybe not. Maybe I’ve got it completely wrong. It was just something that occurred to me after I’d decided to read only one chapter a night and couldn’t help but carry on …

And talking of J K Rowling, I came across this in a Scotsman piece about Ian Rankin (on how to write a Rebus novel):

[Rankin] “With me, it’s an obsessive level of detail to create an alternative universe matched to a childlike imagination – the fact is, I’m just playing with my imaginary friends and I haven’t given them up.

“I think most writers are like this. Take J K Rowling. I’ve seen her writing in cafes in Edinburgh and have asked her what she was doing. This is after she finished the Harry Potter series. ‘I’m writing a family tree for a character in a Harry Potter book.’ ‘How far back are you going?’ ‘Generations’. He repeats the word admiringly, incredulously.  “Generations.” There’s a slight pause. “All children have this. The only difference with writers is that they still do.”