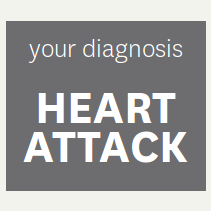 WritersDiet is a readability tool with a difference. Enter a text sample — from 100 to 1,000 words — and it will tell you whether your writing is flabby or fit. It bases this assessment on the number of verbs, nouns, prepositions, adjectives/adverbs and “is”, “this”, “that” and “there” words used, then graphs your result, rating it from Lean, Fit & Trim, through to Heart Attack.

Let’s try it out. Here’s the opening six paragraphs of one of my favourite books, Charles Dickens’ Our Mutual Friend, courtesy of the awesome Project Gutenberg:

In these times of ours, though concerning the exact year there is no need to be precise, a boat of dirty and disreputable appearance, with two figures in it, floated on the Thames, between Southwark bridge which is of iron, and London Bridge which is of stone, as an autumn evening was closing in.

The figures in this boat were those of a strong man with ragged grizzled hair and a sun-browned face, and a dark girl of nineteen or twenty, sufficiently like him to be recognizable as his daughter. The girl rowed, pulling a pair of sculls very easily; the man, with the rudder-lines slack in his hands, and his hands loose in his waistband, kept an eager look out. He had no net, hook, or line, and he could not be a fisherman; his boat had no cushion for a sitter, no paint, no inscription, no appliance beyond a rusty boathook and a coil of rope, and he could not be a waterman; his boat was too crazy and too small to take in cargo for delivery, and he could not be a lighterman or river-carrier; there was no clue to what he looked for, but he looked for something, with a most intent and searching gaze. The tide, which had turned an hour before, was running down, and his eyes watched every little race and eddy in its broad sweep, as the boat made slight head-way against it, or drove stern foremost before it, according as he directed his daughter by a movement of his head. She watched his face as earnestly as he watched the river. But, in the intensity of her look there was a touch of dread or horror.

Allied to the bottom of the river rather than the surface, by reason of the slime and ooze with which it was covered, and its sodden state, this boat and the two figures in it obviously were doing something that they often did, and were seeking what they often sought. Half savage as the man showed, with no covering on his matted head, with his brown arms bare to between the elbow and the shoulder, with the loose knot of a looser kerchief lying low on his bare breast in a wilderness of beard and whisker, with such dress as he wore seeming to be made out of the mud that begrimed his boat, still there was a business-like usage in his steady gaze. So with every lithe action of the girl, with every turn of her wrist, perhaps most of all with her look of dread or horror; they were things of usage.

‘Keep her out, Lizzie. Tide runs strong here. Keep her well afore the sweep of it.’

Trusting to the girl’s skill and making no use of the rudder, he eyed the coming tide with an absorbed attention. So the girl eyed him. But, it happened now, that a slant of light from the setting sun glanced into the bottom of the boat, and, touching a rotten stain there which bore some resemblance to the outline of a muffled human form, coloured it as though with diluted blood. This caught the girl’s eye, and she shivered.

‘What ails you?’ said the man, immediately aware of it, though so intent on the advancing waters; ‘I see nothing afloat.’

Calm down, take a breath, relax and listen to WD’s creator, Helen Sword, Professor and Director of the Centre for Learning and Research in Higher Education at the University of Auckland, New Zealand:

WritersDiet … makes no attempt to measure for vividness of expression, clarity of thought, fluidity of style, or any of the other factors that matter most in engaging writing. The purpose of the test is modest: to alert writers to some of the sentence-level grammatical features that most frequently weigh down academic prose.

It does this by highlighting all the verbs, nouns, prepositions, etc. in your text like so:

Combine that analysis with graph above and you can see exactly what words our writer may be overusing.

In an era of quick fixes and limited attention spans, some people want to be able to ask a question, push a button, and receive an immediate, unambiguous answer. (Indeed, I get complaints from users who expect this website to do all that for them, and more). The WritersDiet Test asks you to slow down, think about your writing, analyze, edit, interpret, try again.

Exactly! And it’s also fun an informative. A useful tool with which to test your own style or to analyse those paragraphs that just don’t seem to be working.