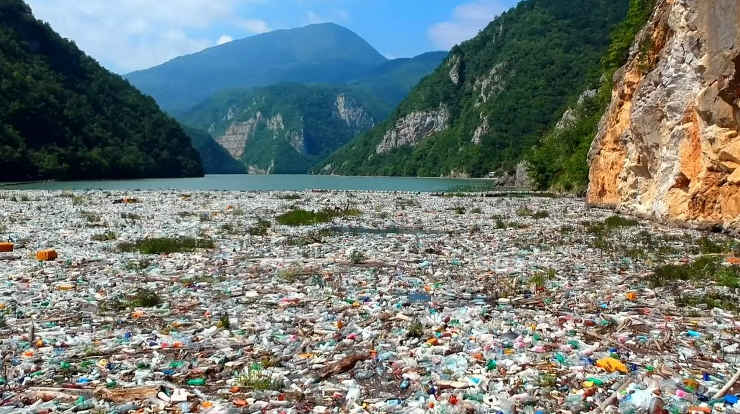 It’s not often that a single word can change your entire perspective, shift your world view, and reveal something hidden in plain sight, but that’s what happened to me a few days ago. I was reading This Civilisation is Finished by Rupert Read and Samuel Alexander, (spoiler alert: there’s a clue in the title), when I came across this:

Our economy, our system, our world, is not really ‘consumerist’. It is producerist … Its most brilliant product, its greatest achievement, its founding lie, is to produce individuals willing to participate in it, grateful for it, and ignorant of its real nature. Its ultimate product, that is to say, is consumers. It makes you and me into consumers.

This Civilisation is Finished, by Rupert Read & Samuel Alexander

Consider that for a moment: ‘producerist’ society, not a ‘consumerist’ one.

It’s a perspective shift. It’s not us, the drones, with our insatiable appetite for more, more, more that are really fuelling the onrushing ecological disaster, it’s the producers, the marketers and the advertisers pushing the stuff at us like drug dealers. A thousand times a day we’re subjected to messages to consume. Many blatant, many subtle; all designed to change the way we think. From internet popups to electronic billboards to television ad breaks. From the varying tile size on supermarket floors – smaller tiles make trolley-pushers slow down and spend more time considering higher-profit lines – to the way toy makers extend the Christmas-buying season into January and February through artificial scarcity. (Missed out on this year’s hot product? Fill their stockings with other junk and make up the discrepancy once it’s back in stock.)

Two or three times a week, my newspaper – yes, I’m one of those fossils who still support local journalism – comes wrapped in an advertising shroud shrieking Buy, Buy, Buy! The only way to save money is to spend it now! You can have everything, right away, for almost no deposit! And as the pandemic eases, the plastic bag it comes in – it arrives sealed in plastic and rubber-banded – is increasingly being stuffed with more junk mail, to the extent that I’m beginning to question my loyalty.

An editor once told me she worked to strict ratio: x amount of advertising meant space for y pages of news. Talk about the cart driving the horse.

Producerism’s subtlest product is consumerism itself. The production of consumers, of people as desiring-machines always wanting more, with inexhaustible ‘needs’, allegedly fuelling an endless need to expand the economy (and to eat up more and more of our ecosystems in the process: this is really what producerism is all about).

This Civilisation is Finished, by Rupert Read & Samuel Alexander

Consider Coca-Cola, for a moment. Is there any product more ubiquitous? (Can you even be more ubiquitous?) I doubt there are many people on the planet who haven’t heard of it or who wouldn’t recognise the familiar red-and-white logo and packaging, yet the Coca-Cola Company spends more than US$4 billion a year on advertising. Why? They sell thousands of litres a minute. It’s available everywhere – from shacks in the outback to mega-city mega-malls. Why the need to continually advertise it?

Because people forget. If they’re not continually told to Buy Coca-Cola, Drink Coca-Cola, Enjoy Coca-Cola, they stop doing so. Not all at once, of course, but gradually. They drift away. They … horror of horrors! … discover that not drinking Coca-Cola has absolutely no effect on their enjoyment of life, that those 112 billion plastic bottles the company produce every year really don’t contain magic.

But it goes deeper than that. I mentioned subtle effects; how about this: Coca-Cola advertising has changed the way you think.

Back in 2004, six researchers at Princeton University noted that although Coca-Cola and its rival Pepsi were almost identical in chemical composition, people showed a marked preference for one or the other.

This simple observation raises the important question of how cultural messages [i.e. advertising] … shape our perceptions; even to the point of modifying behavioral preferences…

The researchers performed a series of experiments involving randomised tests and functional magnetic resonance imaging (fMRI) of the subjects’ brains. In a simple taste test, where people were presented with cola in Coke-branded and unbranded cups, significantly more said they preferred the drink in the branded cups “despite the fact that there was Coke in all cups”. And looking at brain activity, they discovered that…

When participants are told that the brand is Coca-Cola, [it] dramatically affected their preference and also activated their “dorsolateral prefrontal cortex” and hippocampus, both of which are known to change the individual’s behaviours depending on emotions…

So it seems that branding and advertising really do change the way we think and behave. A bit like the ‘consumer society’ message itself.

Producerism is a system—our system—the ‘crowning glory’ of which is to conceal from its workers and its bottom-level clients (those whom it changes in order to sell its products to them—i.e., us) its own real nature. Such that it becomes the accepted wisdom … that we live in a ‘consumerist’ society.

This Civilisation is Finished by Rupert Read & Samuel Alexander

Next time a producer, or economist, or politician, or marketer tells you this system only exists because consumers demand them, you might like to think again and consider the power of a single word.

This Civilisation is Finished: Conversations on the end of Empire – and what lies beyond by Rupert Read and Samuel Alexander. PDF, eBook / Print Book

Coca-Cola spent a $4.24bn in 2019 for advertising and marketing, and the company spent around $20bn in advertising in the previous five years: https://www.businessleader.co.uk/how-much-money-does-coca-cola-spend-on-advertising/