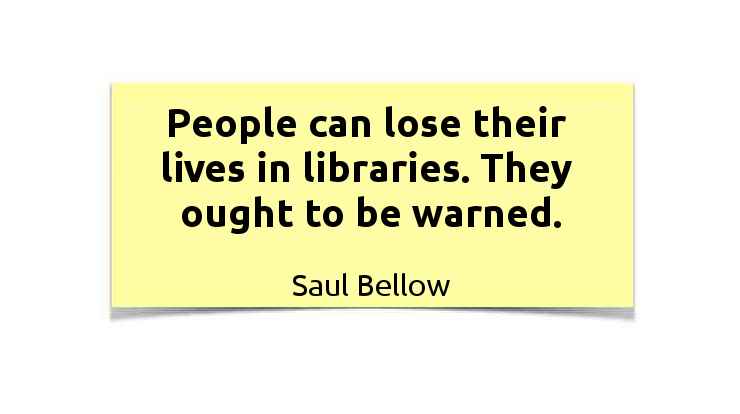 People can lose their lives in libraries. They ought to be warned.

Saul Bellow (1915-2005) is regarded as one of the 20th century’s greatest authors. A Canadian-American, Bellow won the Nobel Prize for Literature, the Pulitzer Prize, and is the only writer to win the National Book Award for Fiction three times. According to the Nobel Prize committee, his writing exhibited a “mixture of rich picaresque novel and subtle analysis of our culture, of entertaining adventure, drastic and tragic episodes in quick succession interspersed with philosophic conversation, all developed by a commentator with a witty tongue and penetrating insight into the outer and inner complications that drive us to act, or prevent us from acting, and that can be called the dilemma of our age.”