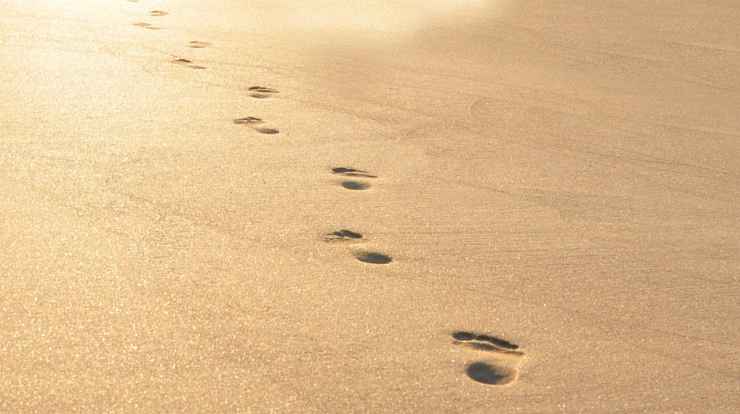 … imagine each step you take represents 100 years of history. This simple conceit has stupefying implications.

Let’s begin our walk; we’ll start at the present and head back. As you lift up your heel there’s no Internet, one-third of the earth’s coral reefs reappear, atomic bombs violently reassemble, two world wars are fought (in reverse), the electric glow on the night side of the planet is extinguished, and – when your foot lands – the Ottoman Empire exists. One step. After twenty steps, you stroll by Jesus. A few paces later the other the other great religions begin to wink out of existence: first Buddhism, then Zoroastrianism, then Judaism, then Hinduism. With each footfall, the cultural milestones get more staggering. The first legal systems and writing disappear, and then, tragically, so does beer. After only a few dozen steps – before you can even reach the end of the block – all of recorded history peters out, all of civilisation is behind you, and woolly mammoths exist. That was easy. You stretch your legs and prepare for what couldn’t be a much longer walk. Perhaps it’s a short stroll to the dinosaurs, and a little farther still to the trilobites. No doubt you’ll be at the formation of the earth by sundown. Not so.

In fact, you would have to keep walking for 20 miles a day, every day, for four years to cover the rest of the planet’s history.

The Ends of the World

Volcanic Apoclaypses, Lethal Oceans and Our Quest to
Understand Earth’s Past Mass Extinctions