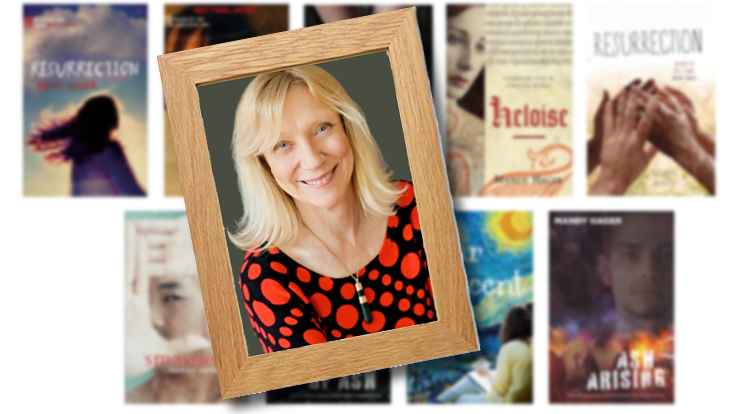 There’s an interesting interview with multi-award-winning local author (and current New Zealand Society of Authors’ president) Mandy Hager over on the SpecFicNZ website.

…and as a writer of speculative fiction herself, Hager notes:

I’ve never personally understood the ‘this genre is more worthy’ argument; there are readers out there for all genres. … In the end, our contract is with the reader who chooses to pick up our books, not other writer groups.

More importantly, she addresses recent legislation that looks like further impoverishing local writers. Issues like the Public Lending Right (PLR) which is supposed to compensate writers

More importantly, she addresses issues like the Public Lending Right (PLR) – which is supposed to compensate writers for having their books in libraries and public institutions:

Issues around the Public Lending Rights are currently one of the key lobbying areas — calling for an increase in the fund and to have it tied to inflation, as well as having it extended to include digital and audio books, which would directly help those who are currently missing out on any PLR (I’m thinking here self-published books and genre particularly.) We’re also calling for Educational Lending Rights, which we currently don’t have, and which would mean those whose work is used by the education sector could be fairly compensated.

(It’s worth noting that the fund was fixed at $2 million 2009, 59% of which goes to non-fiction books such as cookbooks and sports memoirs, 25% to children’s fiction, and just 15% to adult fiction. More stats here.)

Our government’s recent signing up to the Marrakesh Treaty is … designed to facilitate access to published works for persons who are blind, visually impaired or otherwise print disabled… [The problem is] no acknowledgement or mechanisms have been put in place to compensate writers for the free dissemination of their content…

This broadening out of definitions means that up to 24% of our population (those who identified as having some disability in the last census) would now be eligible for free books under the Treaty — up from 100k people to 400k. This will almost undoubtedly damage potential sales, in an environment where even those traditionally published are lucky for print runs of over 2,000 copies (and many much smaller.) …

… It seems that everyone in the value chain of book publishing … gets paid – eg. for recording the book, or with paid salaries – except for the author.

The full interview, with local author Lee Murray, is worth a read. Click here.