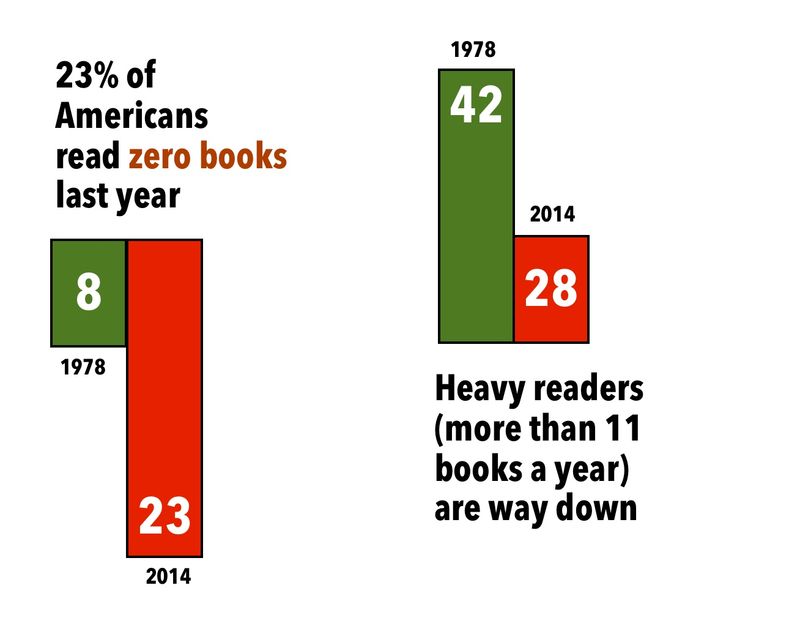 (The graphic comes from Seth Godin’s blog posting Telling the truth with charts–but that’s another story!)

These figures come from this Pew Research Center report (PDF), which also shows that e-reading is on the rise.

Overall, 76% of adults read a book in some format over the previous 12 months. The typical American adult read or listened to 5 books in the past year, and the average for all adults was 12
books. Neither the mean nor median number of books read has changed significantly over the past few years.

E-book readers who own tablets or e-readers are very likely to read e-books on those devices—but those who own computers or cellphones sometimes turn to those platforms, too.

Though e-books are rising in popularity, print remains the foundation of Americans’ reading habits: Among adults who read at least one book in the past year, just 5% said they read an e-book in the last year without also reading a print book.